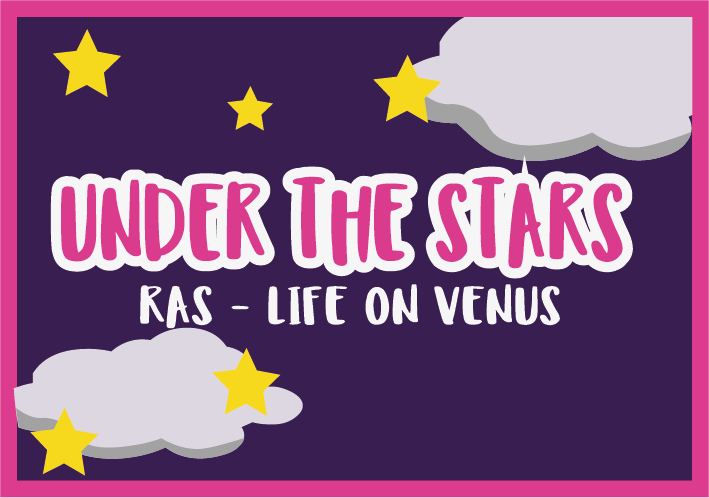 Just a few weeks ago, The Royal Astronomical Society, made an exciting announcement, they may have found signs of life in the clouds of Venus!!

‘An international team of astronomers, led by Professor Jane Greaves of Cardiff University, today announced the discovery of a rare molecule – phosphine – in the clouds of Venus. On Earth, this gas is only made industrially, or by microbes that thrive in oxygen-free environments…..The detection of phosphine molecules, which consist of hydrogen and phosphorus, could point to extra-terrestrial ‘aerial’ life.’

We have been lucky enough to have been put in contact with Professor Jane and she tells us a little about being an astrobiologist and her journey in to space science below:

‘What’s an astrobiologist? Someone who considers whether there is life beyond our planet Earth, and how we might be able to find it. This is a real job! And you can do it in lots of ways – experiments in a lab, observations with a telescope, join a team building a spacecraft going to another world… I got interested in space when I was about 12, when I started reading science fiction – the main character in one of the first books I read was a very grumpy astronomer living on the Moon! So far, I haven’t found a way to leave the Earth’s surface, but maybe space trips will get more accessible soon – and if not, we’re focussing on sending new robotic spacecraft to Venus. There in the clouds, there just might be some small organisms battling a very harsh environment… and there’s lots of ways to try to find out.’

Here’s a video summarising the discovery:

If you want to dig deeper in to the discovery take a look at this YouTube video featuring Jane, summarising details of the discovery, https://www.youtube.com/watch?v=5IIj3e5BFp0.  Also take a look at The Royal Astronomical Society’s announcement here, https://ras.ac.uk/news-and-press/news/hints-life-venus.