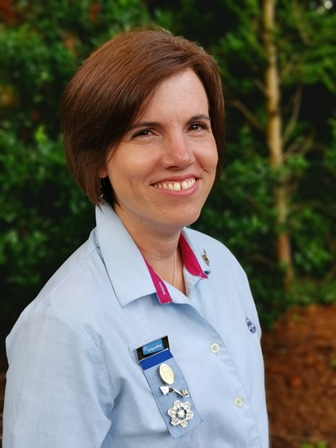 When Lord Baden-Powell asked his sister Agnes to do 'something for the girls' he could never have foreseen what effect those words would have on the lives of the young women of the country.
Agnes placed an advertisement in a number of newspapers, one of which was the Watford Observer. Miss D. Birch (later Mrs. Burns) answered the advert and subsequently discovered from Miss Baden-Powell what had to be done to start a Guide Company.
Initially Miss Birch had to call upon a number of prominent ladies in the town to explain her ideas, until she had persuaded eight ladies to sign up as the girls’ committee. This took some time, as often the idea had to be explained several times over before the ladies would agree.
Gradually the idea of a guide company took root and led to other companies starting up; by 1914 there were enough companies to ensure that the County could be registered at what became known as Commonwealth Headquarters in Buckingham Palace Road, London.
Hertfordshire’s first County Commissioner was Lady Carrick who served for 4 years. No fewer than 16 County Commissioners since have given their loyal service to Hertfordshire from 1919 to the present day.

Our county has wonderful heritage with over 11,500 members. They include Rainbows, Brownies, Guides and Rangers, plus marvellous volunteers who enable every young member to develop their potential and be their best. We offer a full and varied programme to the girls in a safe, girl-only space.
There are lots of exciting opportunities on offer, including getting outdoors and international trips. It is our committed volunteers who make all of this happen. Whether you are a girl or an adult, please come and join us, have fun and make lifelong friends.